It is one of the most bizarre stories of the year, it turns out a 7-year-old steals a car to avoid church. It seems that on Sunday the 7 year old really didn’t want to go to church. He thew a big fit (because it was too hot to go to church) and then stole his dad’s car.  Unfortunately, the parents didn’t even know their child and car was missing.

So the young lad took a cruise around Plain City Utah, weaving in and out of lanes, blowing through stop signs . . . a true Sunday joy ride.

Finally the police caught up with him and followed him, at times going near 45 miles an hour. The boy led him on quite the chase around 10 blocks or so, until he finally led them back to his house. Of course, when he reached his house he bailed and started to run. Police eventually caught up with the youngster. No charges were file due to his age, but hopefully his folks will keep a tighter leash on him, or at least get him driving lessons. From the report:

“His speed was slow, but erratically; and so he would kind of scoot down lower to push on the gas and kinda sit up on the seat more to see right where he was going,” Bell said.

And where he went, was home. That’s when deputies got a better look at who they were dealing with: a 7-year old boy whose feet were as quick as his caper.

“Very unusual situation, very unusual. I mean, what can you say?” Bell said. 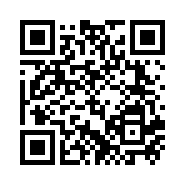